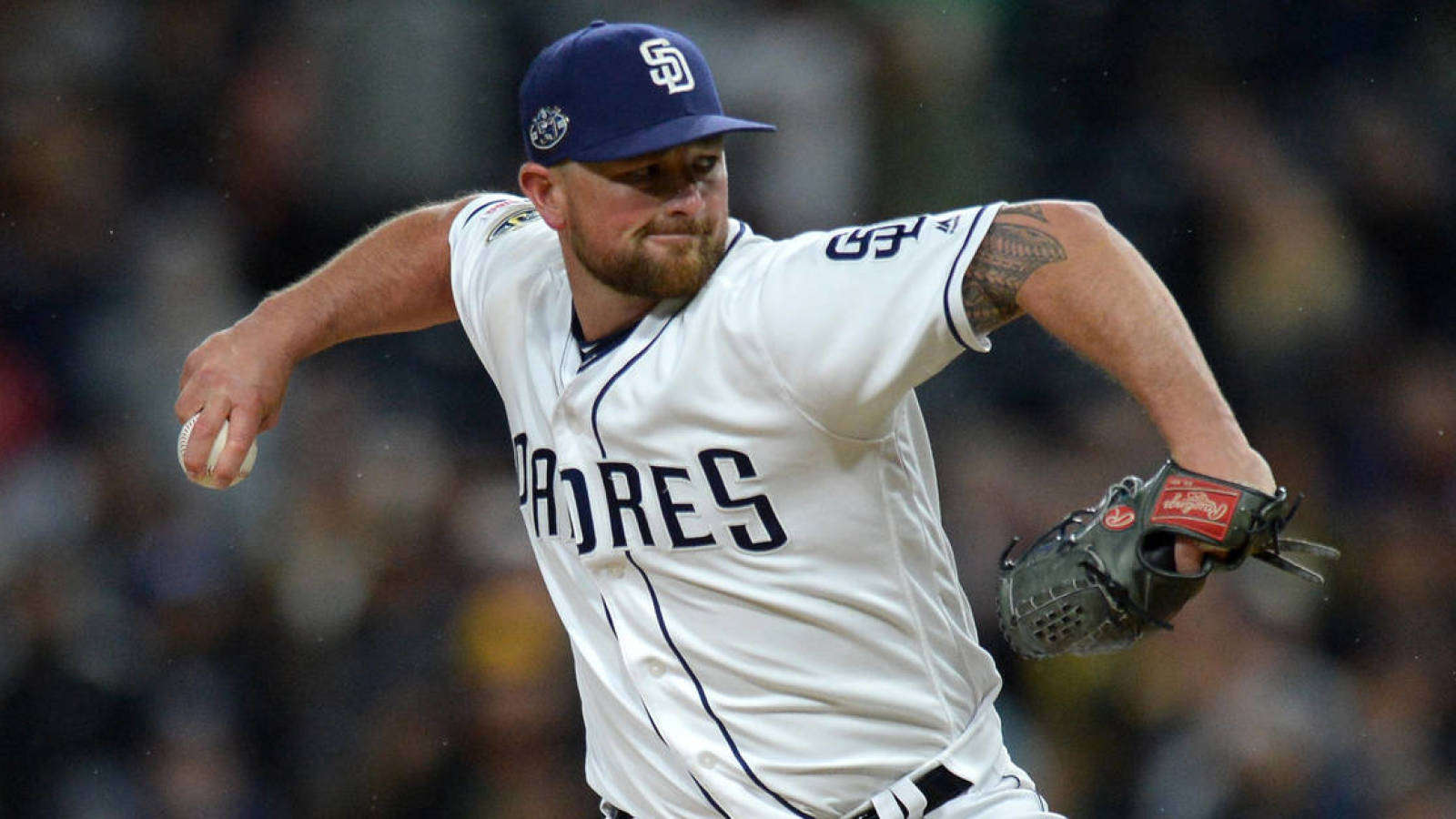 The Padres may be getting ready to listen on most of their position players, but that doesn’t mean they’ll be anxious to move their most appealing pitching assets. Indeed, the San Diego organization would require “an overwhelming offer” in order to part with emergent relief ace Kirby Yates, per MLB.com’s AJ Cassavell.

It’s hardly surprising to hear this stance emerge at this stage of the proceedings. The Friars are still hanging in the wild-card picture, for one thing. Even if it has mostly resolved to deal, there’s little reason for the organization to enter a period of negotiation by hanging an OBO on one of its best trade pieces.

The Padres’ leverage here is aided by the fact that Yates isn’t an asset who must be cashed in just yet. He’s earning only $3,062,000 this year and has another season of arbitration control remaining. Even if the Padres decide to move him, it doesn’t have to happen in the next six weeks.

San Diego general manager A.J. Preller has dealt with a situation like this in the past, with interesting results. The Friars held on to Brad Hand at the 2017 deadline, when he was among the top trade candidates, then locked him into a high-value extension. The club ultimately spun Hand off via trade in the ensuing summer. The situation isn’t quite on all fours with this one. Hand was a season further from free agency than Yates will be this winter; the Padres are also closer to dedicated contention than they were at that time. Regardless, the takeaway is that there are options here beyond a summer trade.

Yates has been every bit as impressive as Hand from an on-field perspective. Much like his former teammate, Yates took some time to find his way. But he has not stopped improving since landing in San Diego. The 32-year-old currently owns an absurd 0.96 ERA with 15.4 K/9 and 2.6 BB/9 over 28 innings. Yates has yet to allow a home run this season.

At some point, someone will put the ball over the fence against Yates. Perhaps there’s a bit of regression coming. On the other hand, Statcast actually feels he has been a bit unfortunate to post a .216 wOBA, crediting him with a ridiculous .210 xwOBA based upon the quality (or lack thereof) of contact against him.

With a cheap salary and remaining arbitration control, Yates would be a monster trade chip for the Padres. It’s hard to imagine that Preller won’t at least see what he can get. And he’ll surely be realistic about the team’s chances of even making a spirited wild-card run. At the same time, the organization has already proved it’ll push some chips toward the present with major free agent signings and the Opening Day promotion of Fernando Tatis. It’s possible to imagine a number of different plausible outcomes when it comes to Yates and the Padres.