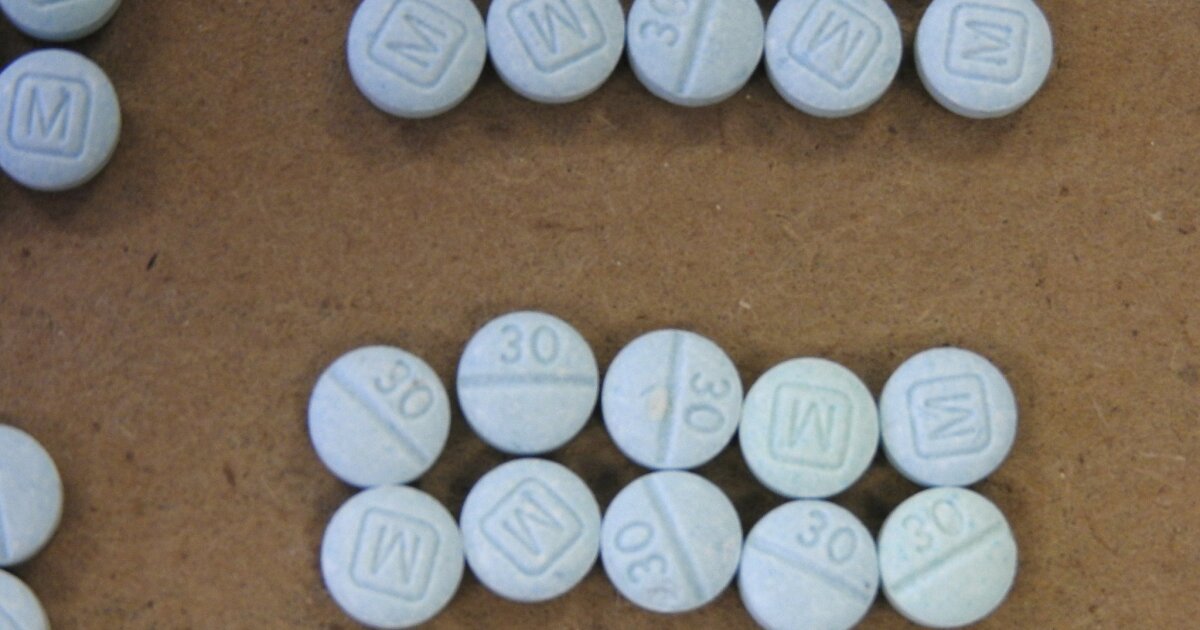 Two years after a Navy man died from an overdose said to be linked to fentanyl-laced pills, local authorities have charged a drug rehab specialist with murder, accusing her of being a supplier in a chain that put the potent drug in the sailor’s hands.

Summer Deanne Martin, 35, pleaded not guilty to that and other charges, including conspiracy, in a complaint filed by the District Attorney’s Office last month. She is due back in Vista court Monday as part of her bid to post $250,000 bail.

At the center of Martin’s case are counterfeit pills that often resemble prescription oxycodone but instead contain fentanyl, a synthetic opioid that can turn fatal even in small doses. The Drug Enforcement Administration says it is up to 50 times more potent than heroin.

Authorities allege that Martin supplied the pills to a middleman, who then sold them to the sailor in early August 2017.

The sailor had a combination of narcotics in his system, including levels of fentanyl that the Medical Examiner’s Office opined were within ranges associated with toxic effects and death, according to an affidavit seeking a warrant to arrest Martin.

“It’s extremely rare,” Deputy District Attorney Jorge Del Portillo, who is prosecuting the case, said in an email. “Not every fentanyl dealer commits a murder when the sale leads to a (death).”

In this case, the prosecutor pointed to what he called the “defendant’s specialized knowledge, informed by her years of experience as a drug counselor and addiction specialist, of the dangers of fentanyl.”

An arrest-warrant affidavit filed last month states that Martin has bachelor’s and master’s degrees in psychology and a master’s level certificate as a registered addiction specialist. It also states she was a certified drug and alcohol counselor, and was the clinical director of a rehabilitation facility in Orange County from September 2016 to January 2018.

“We will prove she appreciated the risks of selling fentanyl and consciously disregarded that risk when she sold the pill that killed a Navy sailor,” Del Portillo said.

The prosecutor said there is no evidence that the sailor was a client of any rehab associated with Martin.

Martin’s attorney, Peter Blair, on Friday said the prosecution’s theory of murder in the case “is novel.”

“It doesn’t surprise me that they brought the charges, in light of the fentanyl and the political aspects of it, and the attention it’s getting,” he said.

But, he said, murder charges are “not appropriate in this type of case,” citing what he said was an insufficient legal basis.

He said his client hasn’t worked as a counselor in years, and more recently had been working as a consultant to help set up rehab facilities.

The first fentanyl-sales murder case the District Attorney’s Office brought was against a Poway man who sold oxycodone pills laced with the drug to a friend, who later overdosed and died in November 2016. The defendant in that case pleaded guilty last year to voluntary manslaughter.

The case against Martin moves forward as another supplier she is allegedly tied to pleaded guilty in federal court Thursday. Federal prosecutors said Marcell Travon Robinson III admitted to distributing thousands of fentanyl pills to dealers in Southern California over three years. He is accused of selling thousands of illicit pills to undercover Naval Criminal Investigative Service agents, according to court documents.

Prosecutors said the 31-year-old Robinson, who is from Riverside, has agreed to give up nearly $150,000 in cash and several firearms seized by authorities.

Martin is accused of texting Robinson sometime in September 2018 to arrange for fentanyl to be picked up in Mexico.

At that time, prosecutors allege, Martin was out of jail on bail, awaiting charges in a separate drug-related case arising from the investigation into the sailor’s death.

The arrests of Martin and Robinson came as part of the lengthy NCIS probe after the sailor was found dead in his San Diego County residence on Aug. 8, 2017.

At his home, investigators found six blue pills that tested positive for fentanyl and other substances, including caffeine and acetaminophen, according to the arrest warrant.

“NCIS did a great job figuring out where the drugs came from,” Del Portillo said. “They worked it up and located the sources and supply.”

Martin’s preliminary hearing, for a judge to determine if there is enough evidence to send her to trial, is set for Aug. 13. Robinson is slated to be sentenced in federal court Aug. 23.

Some lessons learned from MLB’s 2020 season