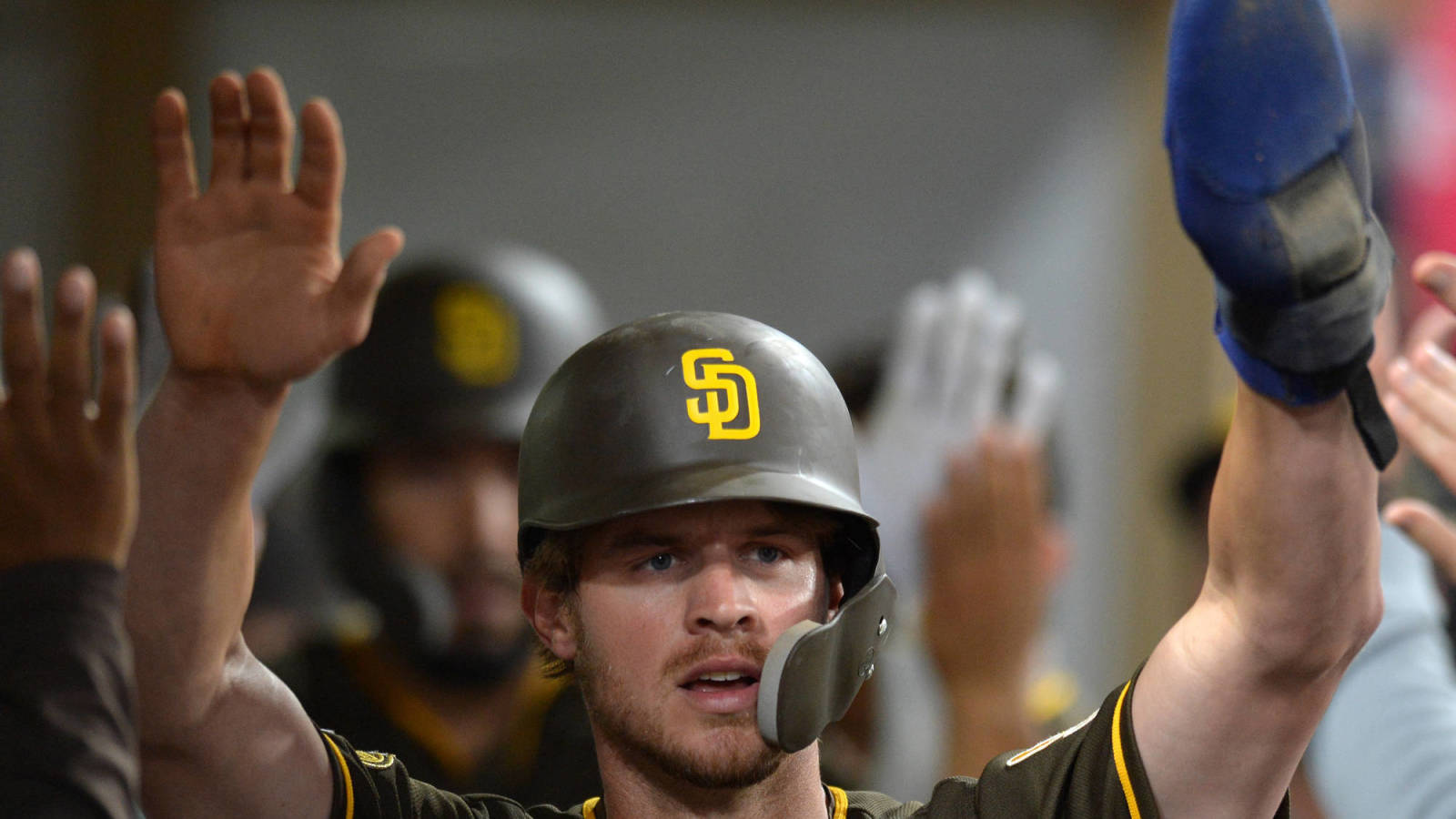 In a refreshingly candid interview with Kevin Acee of the San Diego Union-Tribune, Padres outfielder Wil Myers gave several quotes providing insight into the mind of an established ballplayer who has fallen precipitously on hard times on the diamond.

“It’s not something that I ever saw coming, especially to have an All-Star year and then three years later not be playing,” Myers said. “It’s definitely tough. This is one of the things that hurts your pride. This is what I’ve been good at since I was 5 years old.

By “something,” Myers is referring to his sudden inability to do the things that have made him a highly compensated professional athlete. On the 2019 season, Myers– always a strikeout-prone hitter –has been felled by way of the “K” an astonishing 111 times in his 270 at-bats. With the exception of Myers’ 2014 season – when he was hindered by a lingering wrist injury – this year’s output would represent career-lows in wRC+ (87), OPS (.696) and batting average (.211).

More alarmingly, it’s difficult to find evidence that Myers’ poor production is simply the result of poor luck or context. His .306 BABIP is right around his career average; the same is true for his hard-hit rate (43.1%). His wOBA of .305 isn’t shockingly far from his .323 xwOBA. Unfortunately, the only readily available explanation seems to be “between the ears,” and Myers spoke on how his struggles have affected his confidence.

“No matter how hard you try, it seems like you’re digging a bigger hole,” Myers said. “So I definitely have been pissed off. I can’t stand sitting the bench. I hate it. I really do. It’s just terrible. I’ve never done it before.”

Taken out of context, those quotes may simply sound like the venting of a frustrated ballplayer disgruntled over a lack of at-bats. However, Acee’s article actually includes some revelatory comments that indicate Myers’ willingness to do what’s best for the organization that signed him to a six-year, $86.5 million extension that begins to escalate into $20 million annual territory beginning next year.

Of a possible demotion to the minor leagues – which Myers, as a veteran player, has the right to refuse – the outfielder indicated, at least, openness: “I can’t sit here and lie and pretend like I haven’t thought like, ‘Maybe if I had some at-bats there, it might get better,’ ” Myers acknowledged. “But, you know, what, that’s not why I’m here. I’m here to bring value to this team right now.”

Even though the extension handed to Myers by GM AJ Preller has become a rightful punching bag of analysts and fans alike, it is fascinating to see a player in his prime struggle so suddenly and inexplicably. Between 2015 and 2018, it could have been argued that Myers was, if nothing else, a model of consistency: his wRC+ in that span never dipped below 107 or above 115; his slugging percentage in that span checked in with a high mark of .464 and a low mark of .427. Heading into the season at age 28, Myers might not have been the superstar the team anticipated when it handed him a sizable extension – but he was a thoroughly playable piece.

Suddenly, however, Myers’ ability to “bring value to the team” will hinge largely on the play of his teammates. The emergence of Franmil Reyes and Hunter Renfroe as quality big league hitters – along with the improving play of Manuel Margot – have left Myers without much of a spot in the outfield, while the organization’s decision to sign Eric Hosmer to an eight-year, $144 million deal in 2018 categorically moved Myers off of first base. Without many available at-bats within sight, Myers could have a tough time breaking out of his prolonged 2019 slump.