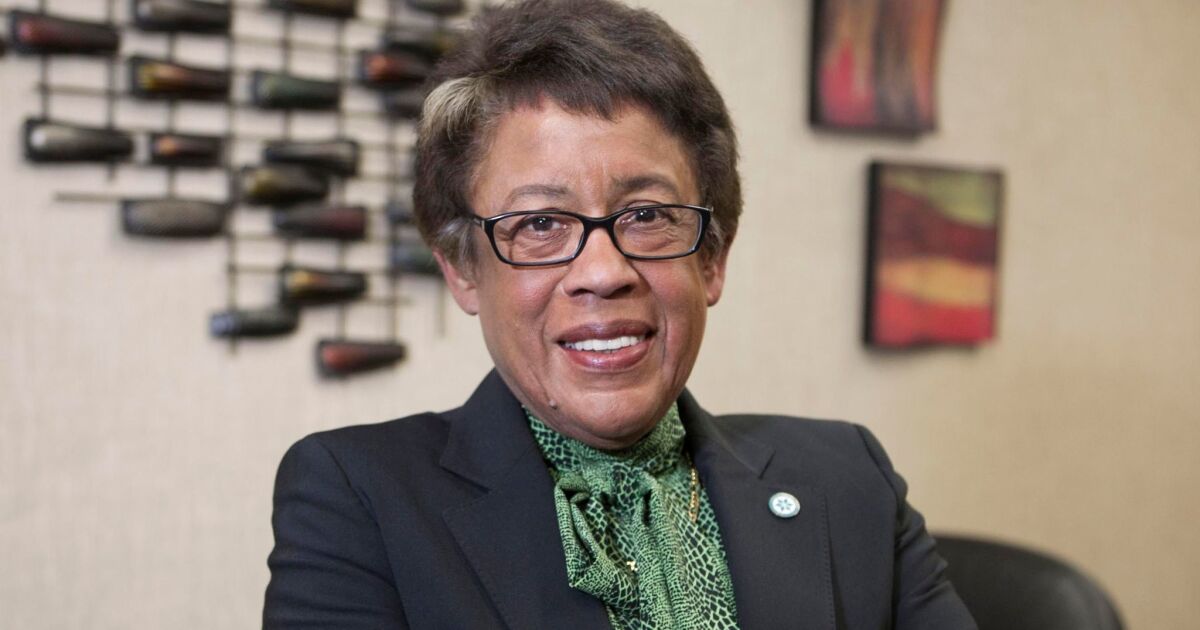 Constance Carroll is retiring as chancellor of the San Diego Community College District, where enrollment has been dropping despite an infusion of nearly $1.6 billion in public funds to modernize and expand its three colleges.

Carroll, who has been chancellor since 2004, will leave office next year to give the district’s trustees sufficient time to find a replacement, she said in an announcement last week.

She spent the previous 11 years as president of Mesa College, the largest school in a district that also includes San Diego City College and Miramar College.

California’s population soared by nearly 6 million over the past 20 years, spurring record growth in the California State University and University of California systems. But the opposite happened in the state’s community college system, particularly in recent years. Enrollment has fallen by 510,000 since 2008.

Educators have attributed the decline to everything from insufficient state funding, to cuts made during the Great Recession, to a failure by community colleges to do enough to prepare students to transfer to four-year colleges and universities.

The district’s campuses significantly increased the number of students who earn certificates and degrees. But overall enrollment dropped below 70,000 in fall 2018, a figure that’s roughly 7,000 less than it was when Carroll took office, according to the California Community College system office.

She has maintained the support of the board trustees during difficult times.

“Constance is recognized both locally and nationally for her transformational leadership and during her time as chancellor, the SDCCD has established itself as one of the leading community college districts in the nation known for its deep commitment to social justice,” board President Maria Nieto Senour said in a statement.

Carroll intends to keep working after leaving the district, devoting much of her time to a nonprofit that seeks to expand the ability of community colleges to offer four-year degrees in some fields.

“In closing this particular chapter in my professional life, I will be opening a new one which is designed to provide new opportunities for people who want to reach new heights in their lives and careers,” Carroll said in a statement.