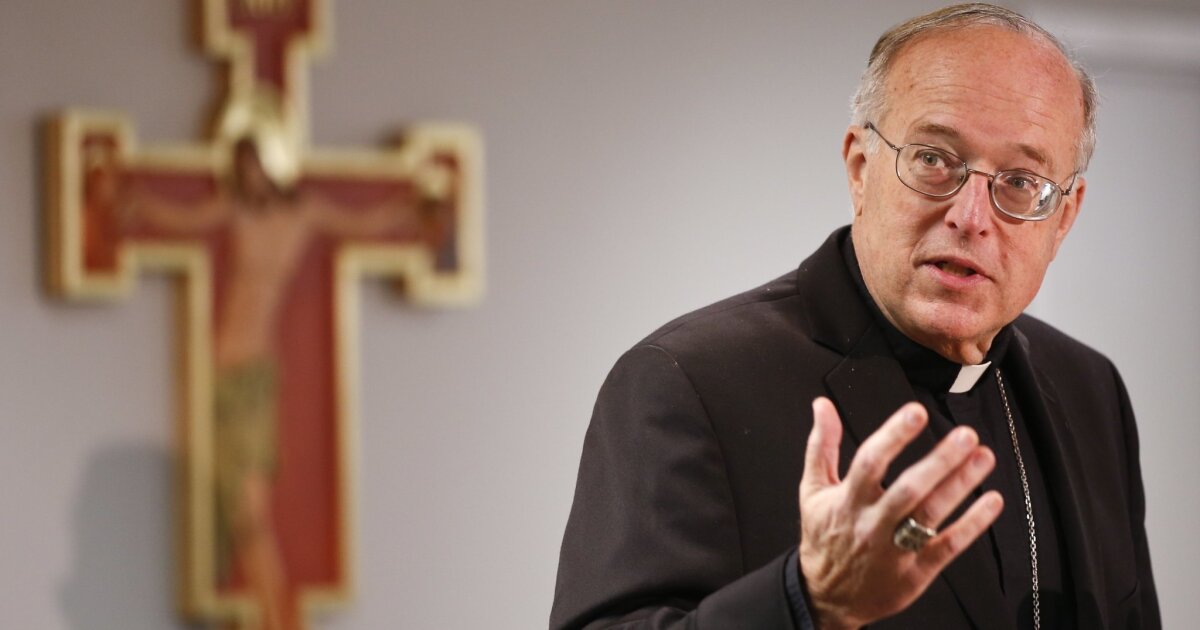 With California’s presidential primaries less than a month away, what are voters’ moral responsibilities?

Also important, the bishop insisted: the personalities of candidates. He urged voters to examine politicians’ character, intelligence and even political abilities.

“It does little good to elect a saint who echoes Catholic social teaching on every issue,” he said, “if that candidate does not have the competence to carry out his duties effectively and thereby enhance the common good.”

McElroy made these comments during a public lecture Thursday on the University of San Diego campus. While political in nature, his speech did not endorse any candidate or party, but took aim at both sides of the partisan divide. The bishop blasted the Democratic Party’s nearly uniform support of abortion rights, then criticized “the current administration” for its resistance to policies meant to fight climate change.

Those two hot-button issues, abortion and climate change, were compared several times in the speech.

Catholics often regard the former, McElroy said, as “the pre-eminent political imperative at stake in 2020.” The nation seems divided, he said, “with half of our country moving toward laws safeguarding the unborn and the other half of our country adopting ever more extreme laws that allow the killing of children on the verge of birth.”

Abortion annually results in the deaths of 750,000 fetuses, the bishop said, yet “the long-term death toll from unchecked climate change is larger and threatens the very future of humanity.”

And while he called contraception “intrinsically evil … it is a far greater moral evil for our country to abandon the Paris Climate Accord than to provide contraceptives in federal health centers.”

Both abortion and climate change are “core life issues in the Catholic church,” McElroy said. But he shrank from identifying either as the top moral issue in 2020, as that would “inevitably be hijacked by partisan forces to propose that Catholics have an overriding duty to vote for candidates who espouse that position.”

That would overlook another key issue in 2020, McElroy said, “the culture of exclusion that has grown so dramatically in our nation in the past three years.” Racial injustice, anti-Muslim bigotry and anti-Semitism are all on the rise, the bishop said, and also fuels “a poison of animosity against immigrants.”

“Seen against this background of abortion, climate change and the culture of exclusion,” McElroy said, “it is clear that the faith-filled voter who seeks to be guided by Catholic social teaching is confronted by compelling moral claims that cut across the partisan and cultural divides of our nation.”

Moreover, the bishop insisted that faith-filled voters have a duty to weigh the character and abilities of candidates. Will they be able to build bridges and bring positive change, and will they move beyond our current partisan battles?

“Today,” McElroy said, “leaders in government embrace corrosive tactics and language, fostering division rather than unity. The notion of truth itself has lost its footing in our public debate. Collegiality has been discarded. Principles are merely justifications for partisan actions, to be abandoned when those principles no longer favor a partisan advantage. There is a fundamental lack of political courage in the land.”

In the end, the bishop added, people of faith must vote their conscience, “the voice of God which lies deep within each of us.”

Not everyone in the audience of roughly 200 agreed with McElroy’s central point, that Catholics cannot be single-issue voters. “There are priorities and the number one priority must be life,” said Guy DiPonio, who wore a button that read “Pray to End Abortion.” “Without life, no other issue is worth anything.”

Others saw McElroy’s speech as a message of support to Pope Francis, who has tried to move beyond abortion and contraception as the Catholic Church’s central political issues.

“I think he’s trying to follow what Francis is doing,” said Dr. Marianne Benkert Sipe, a psychiatrist and former nun who has studied church social and political movements. “He’s trying to make the church a bigger tent.”

McElroy was also returning to themes he explored in his 1993 biography of John Courtney Murray, “The Search for an American Public Theology.” A Jesuit priest, Murray wrote extensively on relations between church and state, especially in societies with numerous religious traditions.