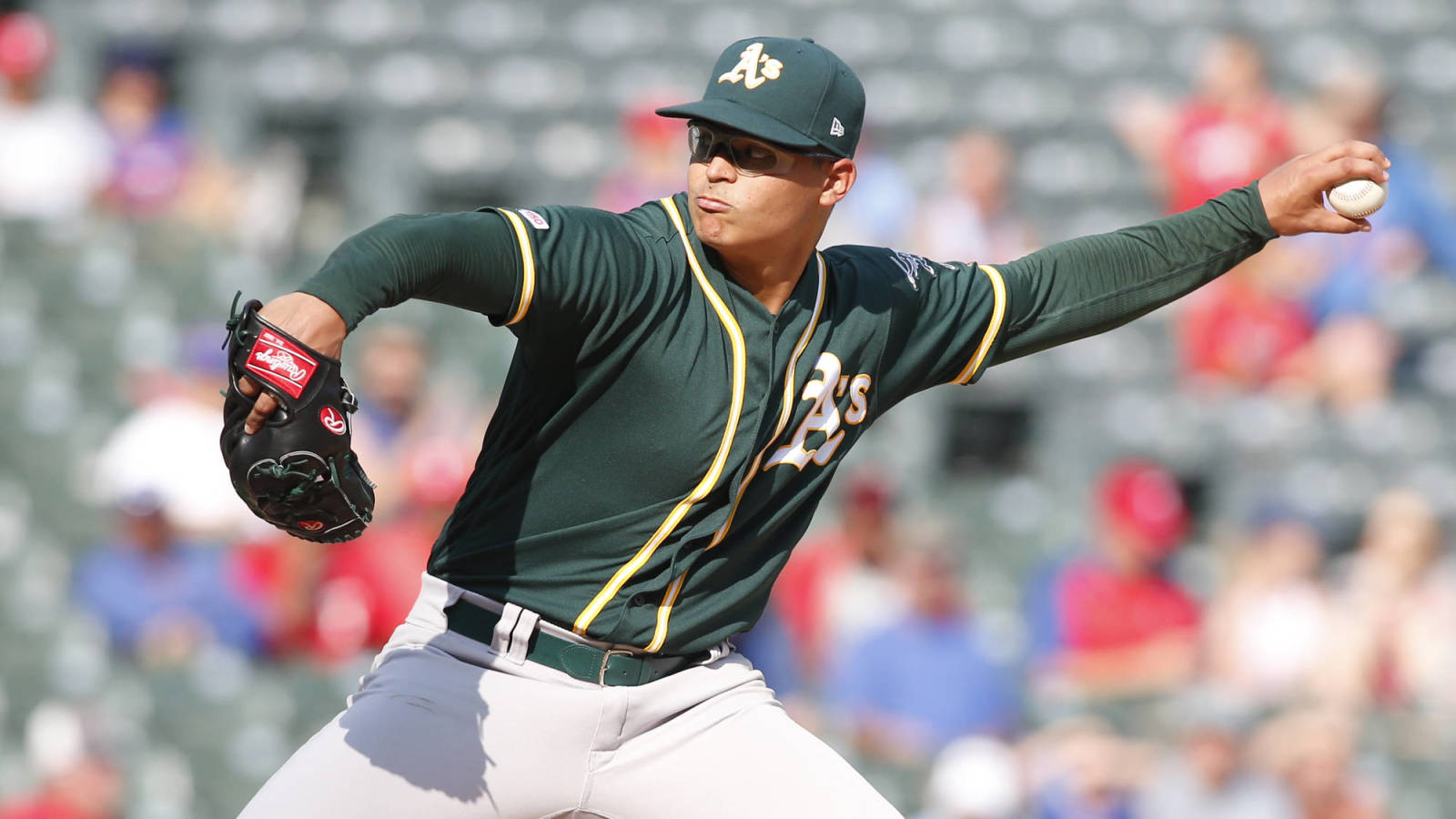 It’s easy to dream on top prospects. Such players have not only exhibited great play and immense talent, but have been hyped up yet further by those who judge young players for a living. We tend to see the “top-of-the-rotation” (!!!) and ignore the “potential” … with its implicit acknowledgement of a downside scenario.

This is nothing new to MLBTR readers. All fans have tales of prospect heartbreak — the would-be great ones that weren’t. It’s usually not too tough to diagnose where things went wrong after the fact … but how about predicting in advance? Here’s your chance.

Today, we’ll take a brief look at two of the top pitching prospects in baseball — southpaws Jesus Luzardo (Athletics) and MacKenzie Gore (Padres) — and give you a chance to prognosticate.

We should note at the outset that prospect watchers have a clear preference for Gore. But it’s awfully close. Fangraphs ranks Gore third and Luzardo sixth among all prospects. MLB.com has them five and twelve. Baseball Prospectus: five and nine. Baseball America: six and nine.

Then again … Luzardo is the one that has already reached the majors. It was only a brief showing, but he sure did impress. In a dozen innings, he racked up 16 strikeouts while allowing just two earned runs on five hits and three walks. Luzardo generated an excellent 14.6% swinging-strike rate. He pumped 97 mph heat and showed a balanced, four-pitch arsenal. And he did all this at just 21 years of age (he turned 22 at the end of September) in the same season in which he worked back from a shoulder and lat injuries.

There doesn’t seem to be much of a ceiling on Luzardo. You might worry about the health risks, but the A’s were also surely exercising ample caution. Luzardo had already extended to over 100 frames in 2018. And he seems to have come through just fine. He was absurdly dominant in Cactus League action this spring. Luzardo carried a roughly 50 percent groundball rate in his minor-league career, so that’s another strength.

Whereas Luzardo was a third-round pick in 2016, Gore was the third overall choice in the ensuing draft. Does that added pedigree explain the fact that he’s seen as the better prospect? On the health front, Gore has had some blister problems, though like Luzardo he also passed the century mark in innings pitched in his second full professional season.

In terms of track record … well, Gore just hasn’t gone as far quite yet. That’s no surprise: he’s a year younger and a season behind. Gore annihilated High-A hitters last year, working to a ridiculous 1.02 ERA in 15 starts. But he did run into at least some headwind after a promotion to Double-A. Through 21 2/3 innings over five outings, Gore surrendered 4.15 earned runs per nine innings on 20 hits (three of which left the yard) with a 25:8 K/BB ratio.

Prospect watchers are looking at quite a bit more than short-sample results. And they see a future ace in Gore. Though he’s still fine-tuning some of his offerings and doesn’t throw quite as hard as Luzardo, Gore carries a highly promising four-pitch mix and is said to possess exceptional athleticism and command. If he can finish honing those offerings and figure out just how to use them, he could carve up MLB hitters for years to come.

This isn’t exactly the next Trout vs. Harper debate. But it’s interesting to look at these two lefties. Luzardo arguably has a smidge more certainty having already shown his stuff at the game’s highest level. Evaluators credit Gore with a bit loftier ceiling, but he has a bit more finishing work left to do.