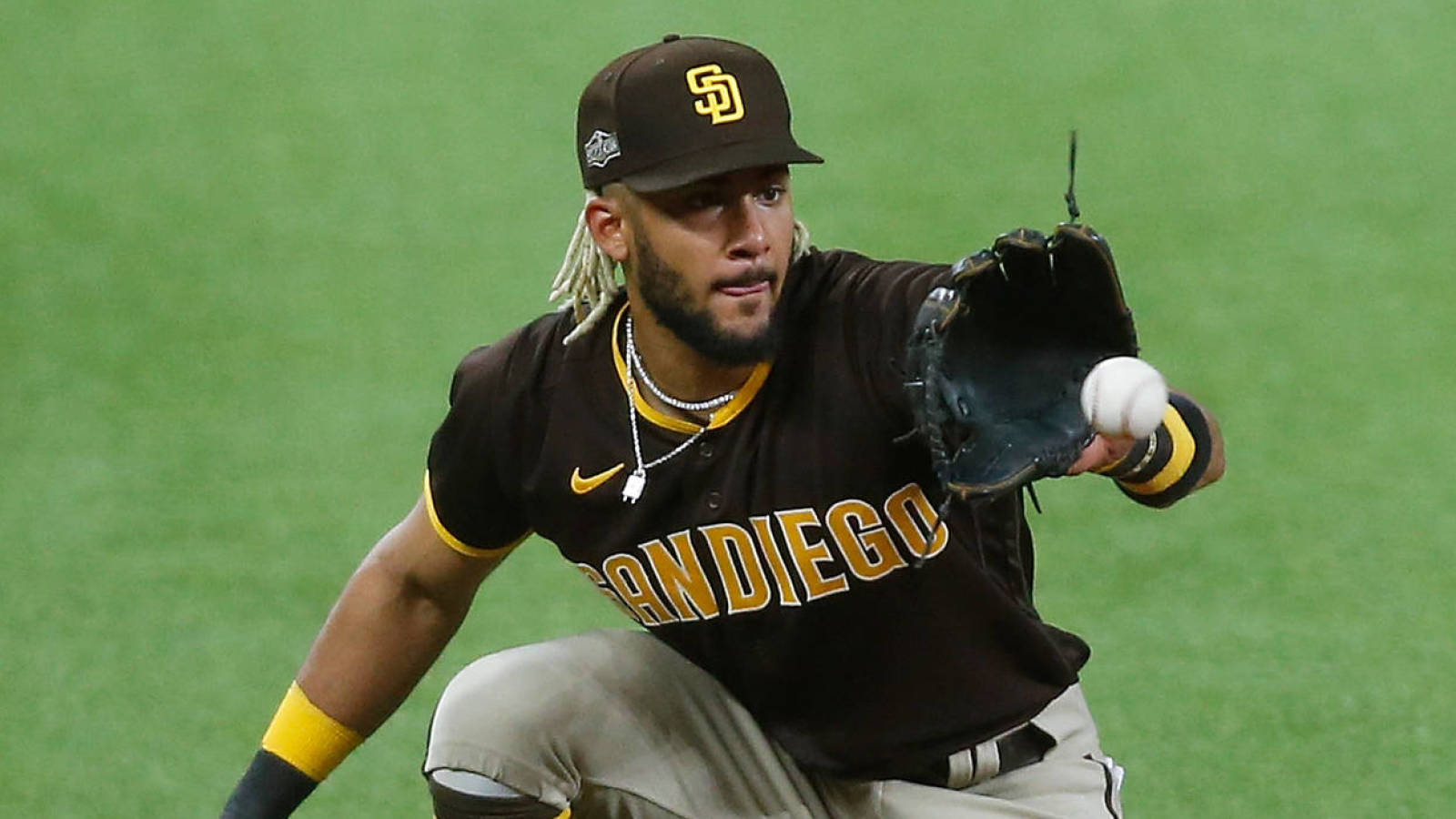 San Diego Padres general manager A.J. Preller unsurprisingly expressed interest in signing superstar shortstop Fernando Tatis Jr. to a long-term extension. Tatis has interest as well, but the two sides haven’t yet begun negotiations, per MLB.com’s AJ Cassavell. Preller did suggest that negotiations could kick off before too long, however.

There aren’t a ton of pertinent precedents for a potential Tatis extension, but there is one. Braves superstar centerfielder Ronald Acuña Jr. signed a eight-year, $100M contract extension with the Braves after one season in the majors. Acuña was coming off a Rookie of the Year season in which he slashed .293/.366/.552 for 4.2 rWAR in his age-20 season.

Acuña’s deal is largely viewed as a bargain, and Tatis could arguably that he’s off to an even more impressive start to his MLB career. Tatis produced 4.1 rWAR over just 84 games as a 20-year-old in 2019. This year he provided an appropriate step up as he posted 2.5 rWAR, roughly the equivalent of 6.75 WAR over a full 162-game season. Through 143 career games, Tatis owns a triple slash of .301/.374/.582.

The two situations are analogous, however, as both Tatis and Acuña have led their teams back into the postseason at a young age. They’re also two of MLB’s brightest and most popular stars. Tatis now has more major league service time than Acuña did at the time of his deal, however, raising the price of any potential contract agreement. Tatis Jr. won’t be arbitration-eligible until 2022, with free agency set for following the 2024 season. Both players debuted in their age-20 season, and both players field premium up-the-middle positions. Both Tatis and Acuña have also galvanized their fan bases during their short time in the majors.

There haven’t been many extensions signed this season leaguewide, which is partially due to the revenue lost because of coronavirus and the uncertainty of future revenue streams. But there also hasn’t been a ton of time for these sorts of negotiations, notes Preller. As the playoffs wind to a close, teams might again have a moment to explore their internal options. The Padres would certainly love to extend Tatis Jr., but again, it would be rare for a player of his caliber to sign this early. Tatis Jr. is represented by MVP Sports Group, who also reps teammate Manny Machado.

From the Archives: Remembering the attack on the destroyer Cole 20 years ago