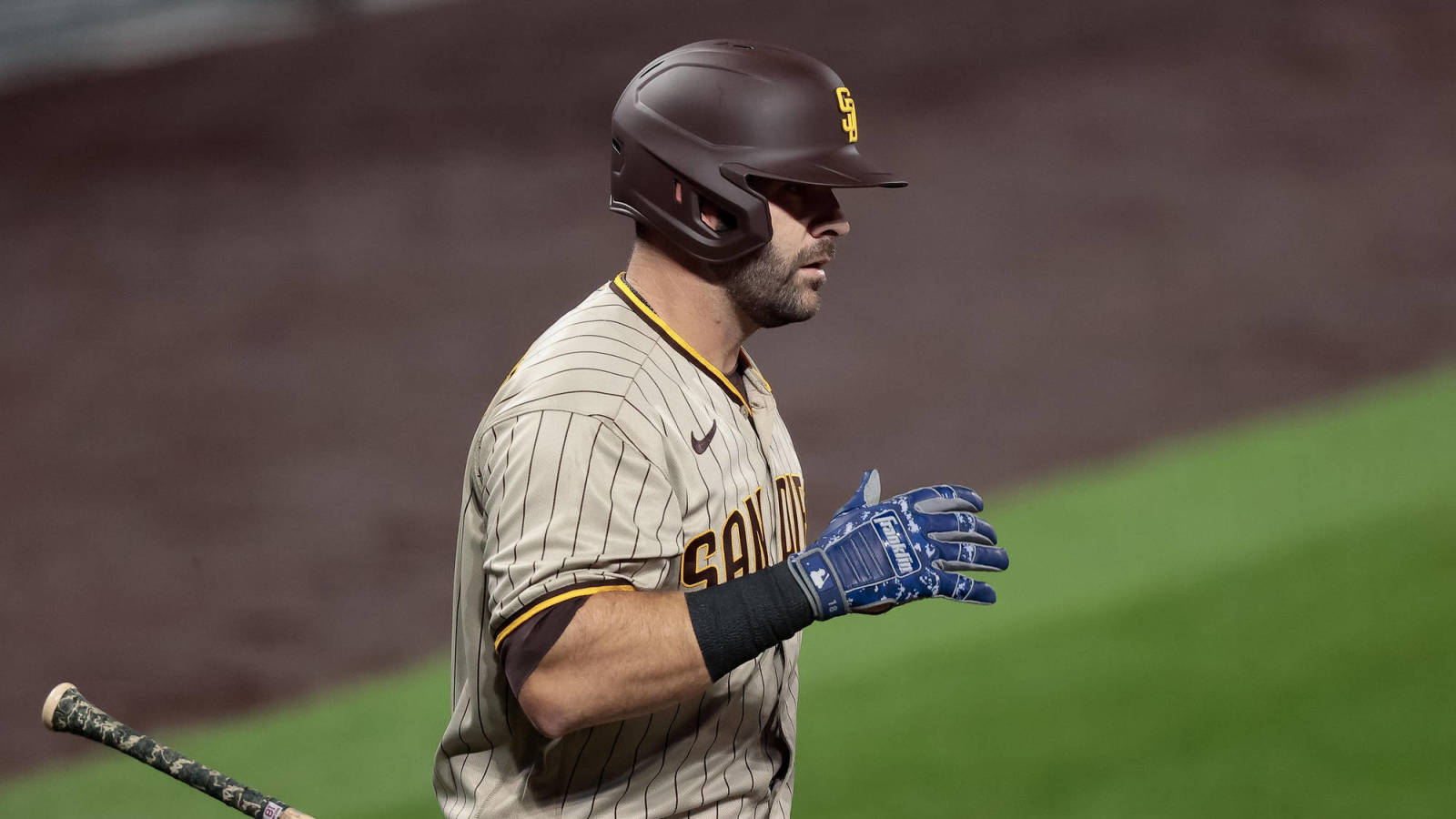 The Padres have a relatively small decision to make on trade deadline acquisition Mitch Moreland, whose contract contains a reasonable $3M club option for the 2021 season. San Diego can buy out that option for $500K and send Moreland back into free agency, but general manager A.J. Preller told reporters Wednesda that no decision has been made (link via Kevin Acee of the San Diego Union-Tribune). The dilemma isn’t so much a financial one, it seems, but rather a quandary as the Padres — and all other NL clubs — will still have a designated hitter slot in 2021.

“The DH question is definitely a question all the teams are asking about,” Preller said. “It does affect your team planning. … We felt that option was something we’d consider. It would help a little bit having a sense of if there is a DH or not.”

At face value, keeping Moreland at a net $2.5M even if he’s primarily a bench bat seems perfectly defensible, although there’s some reason to be a bit bearish on his outlook. Moreland posted an outrageous .328/.430/.746 slash in 22 games with the Sox before cratering with a .203/.247/.362 line in 20 games with the Padres. Those were samples of 79 and 73 plate appearances, respectively, however — rather small sets of data from which to glean much. Moreland’s overall .265/.342/.551 slash was still terrific, and the composite .251/.329/.479 output he’s put together over the past three seasons reflects that he’s an above-average hitter when properly shielded from facing too many left-handed opponents.

At the same time, the Padres have Eric Hosmer entrenched at first base thanks to the eight-year, $144M deal he inked three seasons ago. Hosmer had his best year with the Friars in 2020, hitting .287/.333/.517 with nine homers in just 158 plate appearances. Barring an injury, he’d stand in the way of everyday at-bats for Moreland, and the Padres may not want to commit $2.5M right out of the gate this winter when they already have $90.5M on next year’s books and are faced with a notable arbitration class; Tommy Pham, Zach Davies, Mike Clevinger, Matt Strahm, Dinelson Lamet and Emilio Pagan are among the club’s more notable cases, and there’s also talk of a potential Fernando Tatis extension.

Preller clearly knows Moreland well, as he was an assistant GM in Texas when Moreland was drafted, developed and broke into the majors with the Rangers. San Diego parted with some legitimate minor-league talent to acquire Moreland, so one would expect that they hoped to get more than one month of production. Whether that’ll be the case may well be tied to measures beyond their control, however.

From a broader perspective, the Padres aren’t the only club that would strongly like to have clarity on this front headed into the offseason. Each NL club’s roster construction plans would vary considerably from universal DH to conventional NL rules structure. Players and agents, similarly, would benefit from a definitive decision on next year’s DH situation being made. A player like Nelson Cruz, for instance, would surely like to know if he can plausibly market himself to NL clubs. At the moment, however, there’s no clear indication as to when anything will be set in stone. The league and MLBPA would need to agree on a change of this nature, but the previous agreement only implemented universal DH status for the 2020 season.