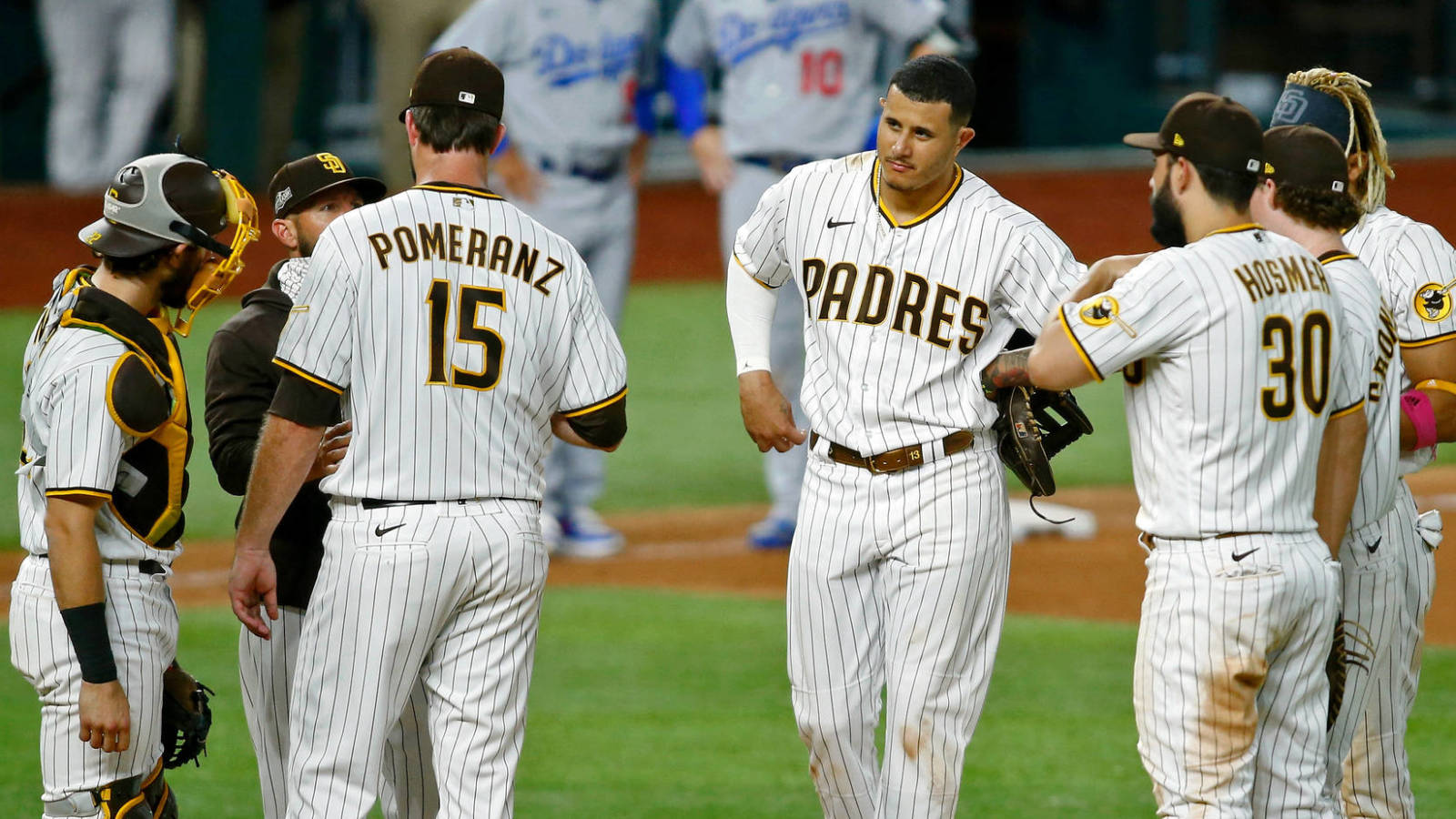 The 2020 campaign represented a major step in the right direction for the Padres, who clinched their first playoff berth since 2006 and advanced in the postseason for the first time since 1998. While things are no doubt looking up for the franchise, its offseason hasn’t come without some drastic changes in the early going. The team found out earlier this week that right-hander Mike Clevinger won’t pitch in 2021 after undergoing Tommy John surgery, and then executive chairman Ron Fowler stepped down from his role. Fowler’s exit leaves the Padres with a new control person in Ron Seidler.

Note on arb-eligible players: This year’s arbitration projections are more volatile than ever, given the unprecedented revenue losses felt by clubs and the shortened 2020 schedule. MLBTR contributor Matt Swartz, who developed our arbitration projection model, used three different methods to calculate different projection numbers. You can see the full projections and an explanation of each if you click here, but for the purposes of our Outlook series, we’ll be using Matt’s 37-percent method — extrapolating what degree of raise a player’s 2020 rate of play would have earned him in a full 162-game slate and then awarding him 37 percent of that raise.

The Padres are fortunate enough that they shouldn’t have to spend much time worrying about their catcher position or their infield in the coming months. In-season acquisition Austin Nola looks like the answer as the Padres’ primary backstop, but they might have to decide whether to deploy Francisco Mejia as his backup, use him as a trade chip and turn the role over to Luis Campusano, or shop for help from outside the organization. Other than that, the Padres look set with the superstar third base-shortstop tandem of Manny Machado and Fernando Tatis Jr. on the left side of their infield and second baseman Jake Cronenworth and first baseman Eric Hosmer occupying the other positions. The main concern in that group is Tatis’ future, as the Padres have to worry about keeping him in the fold for the long haul with a contract extension. The two sides have already expressed interest in mapping out a long-term arrangement.

There is less certainty in the outfield, but the Padres appear to have their solution in center with Trent Grisham. Right fielder Wil Myers had a tremendous bounce-back year in 2020, but if the Padres had their druthers, perhaps they would move on from the pricey three seasons left on his contract in a trade. That looks unlikely unless San Diego takes back a similarly inflated contract, so Myers figures to remain with the team. While those two positions may be spoken for going forward, left field looks like less of a sure thing. The Padres could just keep Tommy Pham, but his production cratered during an injury-shortened 2020, and non-tendering him would save the Padres about $8M. Meanwhile, Jurickson Profar — who played more games in left than any other Padre last season — is a free agent.

If the Padres say goodbye to Pham, there’s a case that they should just re-sign Profar, who had a respectable year. Otherwise, Michael Brantley, Joc Pederson, Brett Gardner and Robbie Grossman are among those they could target in free agency. Of course, more choices will become available when teams announce which players they’re non-tendering.

With Clevinger, Dinelson Lamet, Zach Davies and Chris Paddack comprising 80 percent of their starting staff, the Padres’ rotation seemed to be in enviable shape just a couple of days ago. Their confidence probably took a hit, however, with Clevinger’s out-of-nowhere TJ procedure. He won’t be a factor next year, but the Padres do still have most of their rotation settled with Lamet and Davies, who each broke out in 2020, and Paddack. They also feature MacKenzie Gore, Luis Patino, Adrian Morejon, Joey Lucchesi and Ryan Weathers as in-house options who could assume starting spots in 2021.

If the Padres don’t want to turn over spots to two members of that group, they’ll have plenty of free-agent possibilities. Southern California native Trevor Bauer is easily the cream of the crop, but signing him could require the Padres to hand out yet another nine-figure contract. More modest options include their own free agent, Garrett Richards, as well as Masahiro Tanaka, Jake Odorizzi, ex-Friar Corey Kluber, Jose Quintana and James Paxton, among others. The Padres also look like a realistic trade suitor for the Rangers’ Lance Lynn, who’s due a modest $8M next year and whom his team seems likely to trade.

The bullpen might be an area of some emphasis in the offseason for the Padres, who could lose summer pickup Trevor Rosenthal in free agency. Former star closer Kirby Yates is also on the market, but he didn’t pitch much in 2020 because of injuries. That said, the Padres do have a lot of their 2021 bullpen already figured out with Drew Pomeranz, Emilio Pagan, Pierce Johnson, Matt Strahm and Craig Stammen set to reprise their roles. Austin Adams and Tim Hill are along among the veterans remaining in the mix, but it still wouldn’t be a surprise to see the Padres seek bullpen help from elsewhere. The big prize could be Josh Hader, whom the Brewers are open to trading; otherwise, in no particular order, Rosenthal, Yates, former Padre Brad Hand, Liam Hendriks, Blake Treinen, Trevor May, Jake McGee, Mark Melancon and Shane Greene are some late-game hurlers who should draw their share of interest in free agency.

With the Padres in the throes of a seemingly endless playoff drought at this time last offseason, general manager A.J. Preller had his back up against the wall a winter ago. Preller and the team he built found a way to deliver, and now the Padres look like a club that should contend again in 2021 with another productive offseason. The Padres are short on glaring holes, but there is at least room for improvement in their pitching staff and perhaps their outfield.