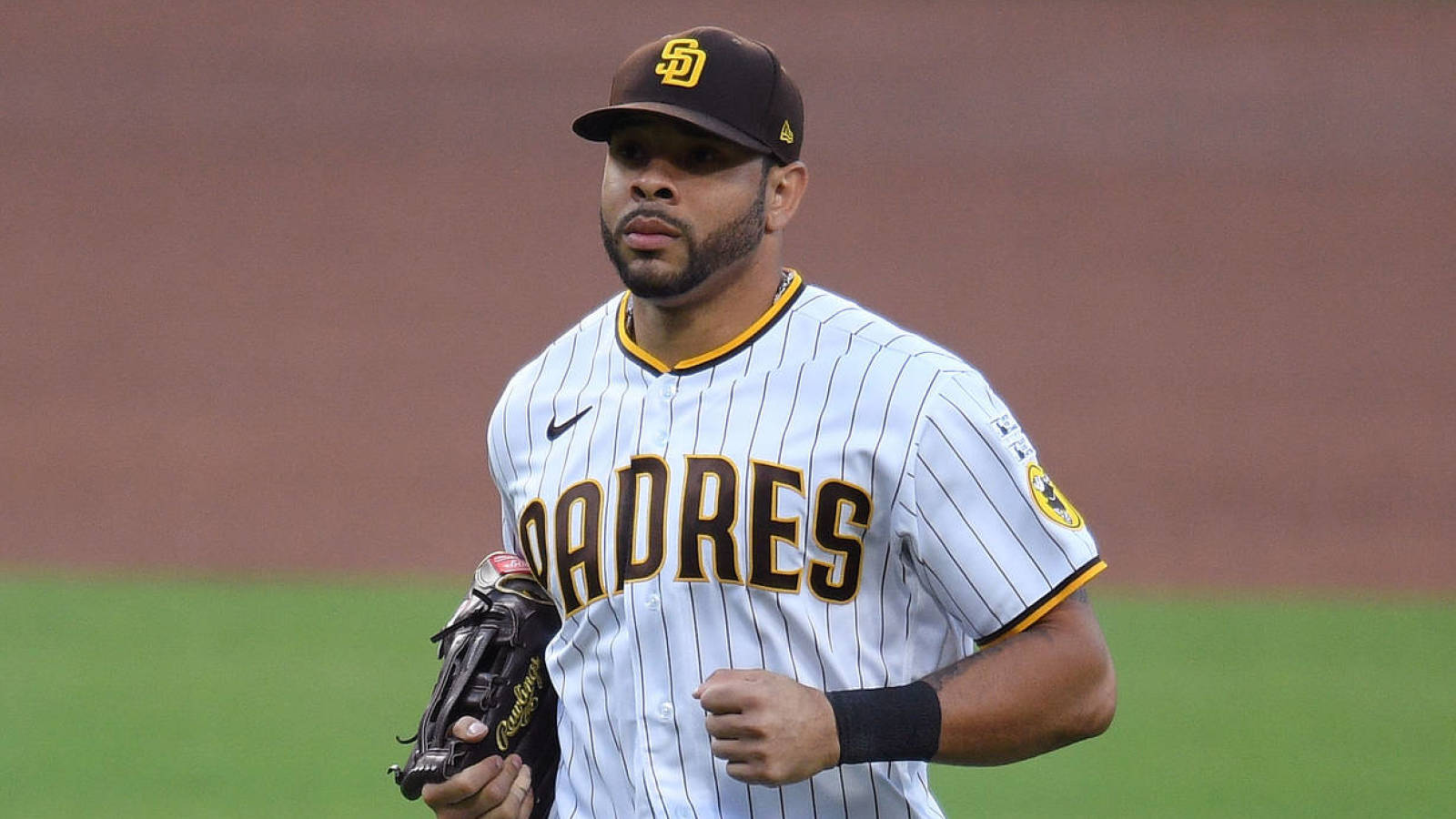 Tommy Pham will be tendered a contract by the Padres prior to Wednesday’s 7 p.m. CT deadline, The Athletic’s Dennis Lin reports (Twitter link). The Padres’ decision ends months of speculation that Pham could be non-tendered a way of saving a projected arbitration salary of roughly $8M for the 2021 season.

It was a tumultuous first season for Pham in San Diego after being acquired (along with Jake Cronenworth) as part of a trade with the Rays last offseason — a deal made in part so Tampa Bay could escape Pham’s escalating arbitration price tag. Pham hit only .211/.312/.312 over 125 plate appearances and missed time in September due to a fractured left hamate bone. He was able to return in time for the postseason, and delivered a big performance (1.077 OPS in 13 PA) during the Padres’ wild card series victory over the Cardinals.

Since the season ended, Pham was stabbed in the lower back after an incident in a parking lot, though he thankfully escaped with seemingly only minor injuries. Pham also underwent surgery on his left wrist at some point in the offseason.

With all of these factors in mind, the Padres still obviously feel comfortable enough in Pham’s ability to bounce back that the team was comfortable in offering him another contract. Pham, after all, posted outstanding numbers (.284/.381/.475 with 65 homers) over 1754 plate appearances with the Cardinals and Rays from 2017-19, so there’s plenty of evidence that a healthy Pham can provide even more hitting depth within an already strong Padres lineup.