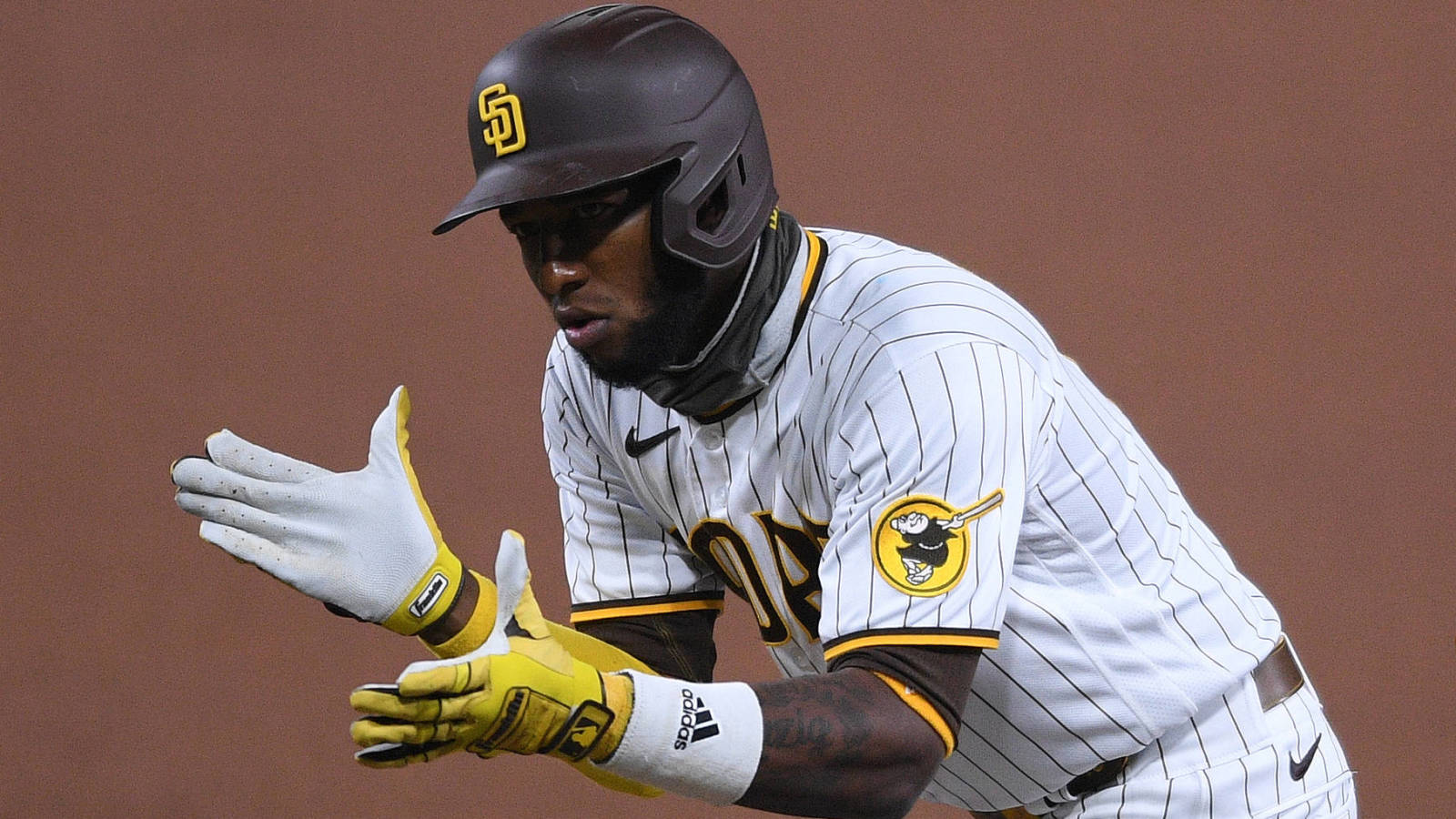 The Padres and Royals are among the teams showing interest in free-agent infielder/outfielder Jurickson Profar, per ESPN’s Jeff Passan. MLB Network’s Jon Heyman tweets the same, adding that the Padres “are trying” to bring Profar back to the organization. It’s sensible that the Padres want him back; he was solid there in 2020, and GM A.J. Preller was an assistant GM with the Rangers during Profar’s developmental years. Royals GM Dayton Moore recently expressed interest in a left-handed bat who can handle third base or the outfield, and the switch-hitting Profar fits that mold.

Profar’s end-of-season numbers certainly look appealing. The 27-year-old (28 in February) slashed .278/.343/.428 with seven homers, six doubles and seven steals through 202 plate appearances, adding in a career-low 13.9 percent strikeout rate. It’s the second time in three seasons that Profar rated as an above-average hitter per both OPS+ and wRC+.

That said, there’s also reason for some caution with regard to Profar’s production. Things can change quickly in a 60-game, 200-plate appearance sample, and that was certainly the case in this instance. Through the first 30 games and 111 plate appearances of the 2020 season, Profar posted a .181/.291/.319 slash with four home runs and one double. He had some miserable batted-ball luck in that time (.171 BABIP), but Profar’s season exemplifies the difficulty of how to evaluate players coming off this year’s 60-game slate. For half the year he was among the worst hitters in MLB, and for his final 91 plate appearances he was among the game’s best (albeit with a whopping .423 BABIP in that time as the pendulum swung the other direction).

Profar is lacking in terms of exit velocity and hard-hit rate, but his low strikeout rate and a passable walk rate still lead metrics like Statcast’s expected batting average (xBA) and expected weighted on-base average (xwOBA) to peg him as a slightly above-average hitter based on the quality and regularity of contact made.

Defensively, Profar has been moved off second base twice in the past two seasons — first in Oakland and then in San Diego (although the move in San Diego was perhaps more about Jake Cronenworth’s emergence as it was Profar’s struggles). Profar developed a case of the yips while serving as Oakland’s regular second baseman early in 2019, at one point making eight errors in a span of 25 games. He righted the ship but was still dinged hard by defensive metrics: -15 Defensive Runs Saved and -5 Outs Above Average. His marks in 2020 were better, and it’s only fair to point out that those same metrics suggest Profar was anywhere from a passable to very good left fielder for the Padres in 2020.

Taken in totality, Profar’s last three seasons have produced a league-average hitter who is capable of playing three infield positions but perhaps none of them especially well, with an encouraging but small sample of work in left field. He’s an efficient base stealer (26-for-28) but by no means a burner, as Statcast puts his average sprint speed right around the 50th percentile throughout the league. He’s toward the bottom of the league in hard contact but toward the top of the league in terms of putting the ball in play.

Profar is a useful player as is, but the allure of his former prospect status and his youth surely hold appeal to other clubs. He’ll play all of next season at 28, and while it was close to a decade ago, Profar was the consensus No. 1 prospect in baseball heading into the 2013 season, topping the lists from Baseball America, MLB.com, ESPN and Baseball Prospectus alike. He’s had two shoulder surgeries since that time, however, which effectively cost him two full years of development. He was also quite arguably rushed to the majors in the first place, debuting as a 19-year-old for a win-now Rangers club back in 2012.

There’s still an air of upside surrounding Profar because of that status and his age, even if his batted-ball profile isn’t a particularly encouraging one. The question for Profar may be one of whether to take a one-year deal in hopes of a cashing in on a strong 2021 season or taking a multi-year pact at an annual value that would look like a bargain if he does indeed elevate his game in 2021. Those decisions will be weighed by his camp as he continues to field offers, although the Royals have been surprisingly aggressive with players they identify as targets, which would seemingly bode well for Profar’s market.

Padres could move struggling Matt Strahm back to bullpen