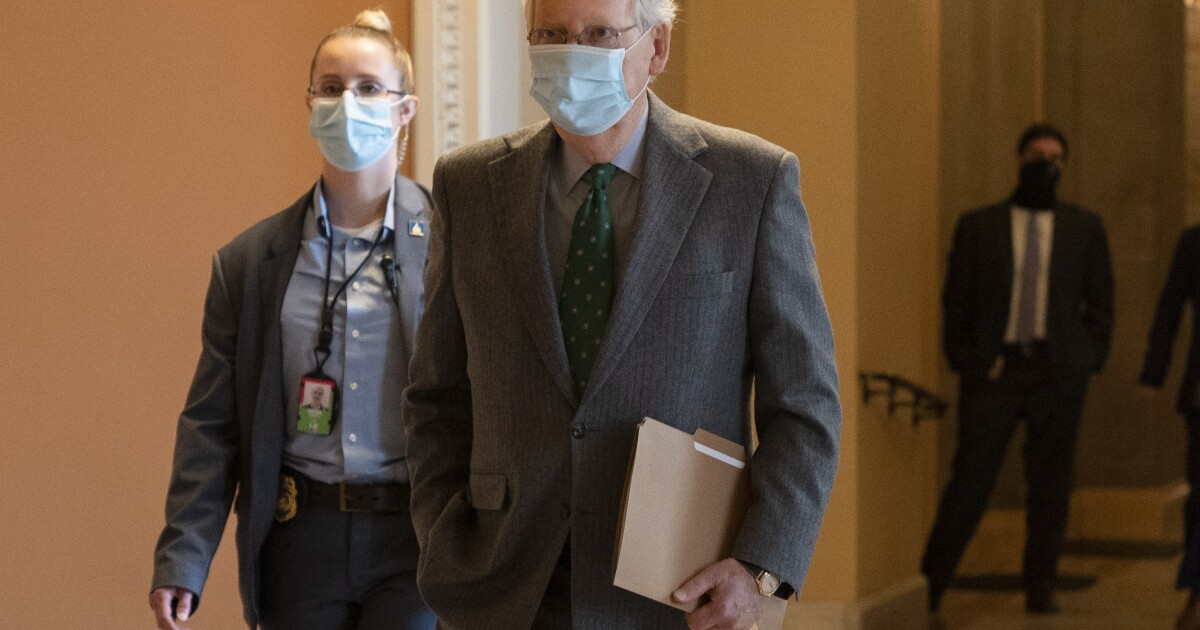 Senator Mitch McConnell, the Republican leader, has told associates that he believes President Trump committed impeachable offenses and that he is pleased that Democrats are moving to impeach him, believing that it will make it easier to purge him from the party, according to people familiar with his thinking. The House is voting on Wednesday to formally charge Trump with inciting violence against the country.

At the same time, Representative Kevin McCarthy of California, the minority leader and one of Trump’s most steadfast allies in Congress, has asked other Republicans whether he should call on Trump to resign in the aftermath of the riot at the Capitol last week, according to three Republican officials briefed on the conversations.

While Mr. McCarthy has said he is personally opposed to impeachment, he and other party leaders have decided not to formally lobby Republicans to vote “no,” and an aide to Mr. McCarthy said he was open to a measure censuring Mr. Trump for his conduct. In private, Mr. McCarthy reached out to a leading House Democrat to see if the chamber would be willing to pursue a censure vote, though Speaker Nancy Pelosi has ruled it out.

Taken together, the stances of Congress’s two top Republicans — neither of whom has said publicly that Mr. Trump should resign or be impeached — reflected the politically fraught and fast-moving nature of the crisis that the party faces in the wake of last week’s assault by a pro-Trump mob during a session to formalize President-elect Joseph R. Biden Jr.’s electoral victory.

As more violent images emerged on Tuesday from the mayhem wrought by the rioters, including of the brutal attack that ultimately killed a Capitol Police officer, and as lawmakers were briefed about threats of more attacks on the Capitol, rank-and-file Republican lawmakers grew angrier about the president’s role in the violence.

Yet as they attempted to balance the affection their core voters have for Mr. Trump with the now-undeniable political and constitutional threat he posed, Republican congressional leaders who have loyally backed the president for four years were still stepping delicately. Their refusal to demand the president’s resignation and quiet plotting about how to address his conduct highlighted the gnawing uncertainty that they and many other Republicans have about whether they would pay more of a political price for abandoning him or for continuing to enable him after he incited a mob to storm the seat of government.

Making their task more difficult, Mr. Trump has shown no trace of contrition, telling reporters on Tuesday that his remarks to supporters had been “totally appropriate,” and that it was the specter of his impeachment that was “causing tremendous anger.”

Mr. McConnell, Republican of Kentucky, has indicated that he wants to see the specific article of impeachment that the House is set to approve on Wednesday, which is expected to draw support from as many as a dozen Republicans, potentially including Representative Liz Cheney of Wyoming, the party’s No. 3 in the House. But he has made clear in private discussions that he believes now is the moment to move on from the weakened lame duck, whom he blames for causing Republicans to lose the Senate.

On Monday, Mr. Biden telephoned Mr. McConnell to ask whether it was possible to set up a dual track that would allow the Senate to confirm Mr. Biden’s cabinet nominees and hold a Senate trial at the same time, according to officials briefed on the conversation who disclosed it on condition of anonymity. Far from avoiding the topic of impeaching Mr. Trump, Mr. McConnell said it was a question for the Senate parliamentarian, and promised Mr. Biden a quick answer.

David Popp, a spokesman for Mr. McConnell, declined to comment, pointing a reporter to a speech the senator made from the floor after the attack on the Capitol.

“This failed attempt to obstruct the Congress, this failed insurrection, only underscores how crucial the task before us is for our Republic,” Mr. McConnell said as the Senate reconvened on Wednesday to finish the electoral count disrupted by the siege. “Our nation was founded precisely so that the free choice of the American people is what shapes our self-government and determines the destiny of our nation.”

In the days since the attack, Mr. McCarthy has veered from asking Republican colleagues if he should call on Mr. Trump to resign to privately floating impeachment to his current posture, opposed to impeachment but open to a censure. He even approached Representative Steny H. Hoyer of Maryland, the majority leader, about a censure vote, saying he could deliver a large number of Republican votes for a formal rebuke if Democrats backed off impeachment.